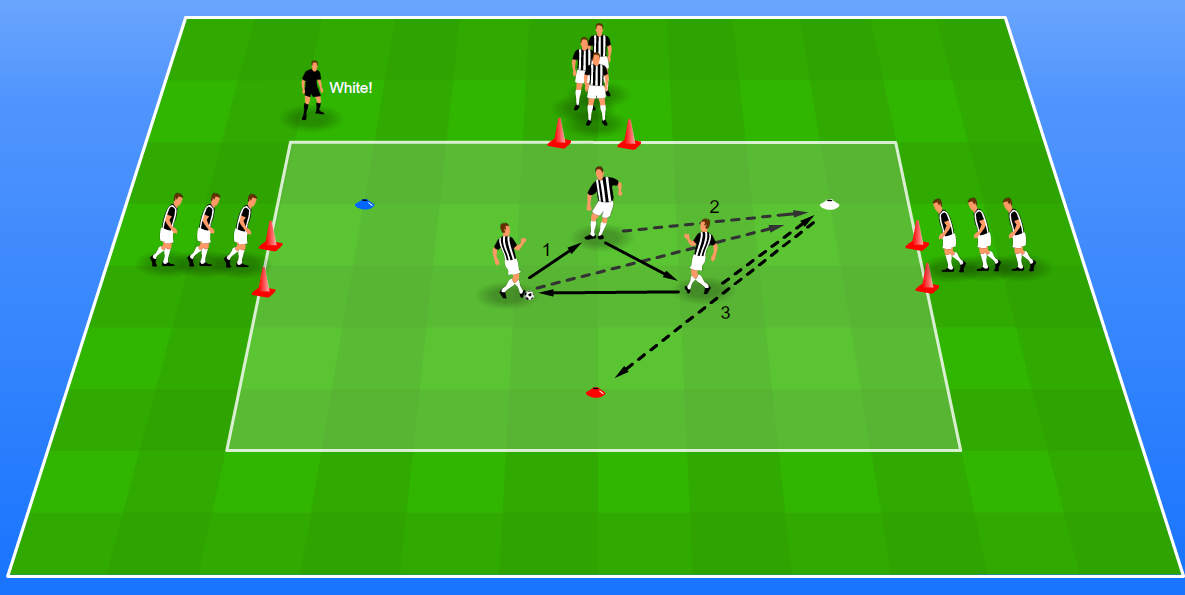 01. Players are divided into 3 groups.
02. Three cones are set up in the colours of the French flag (blue - white - red)
03. The first player of each group takes position in the middle. They stand here with 1 ball.
04. Extra balls at each (waiting) group.
05. The three players in the middle pass the ball, hitting it once.
06. Sprint to the indicated colour (chosen by coach) and then to the next colour in the national flag of France.
07. Then three new players step into the middle.

Variation 01
01. Coach shouts 2 colours. The group then sprints towards the non-shouted colour, immediately followed by the next colour in the national flag.

Variation 02
02. Blaze pods indicate the colour instead of the coach. 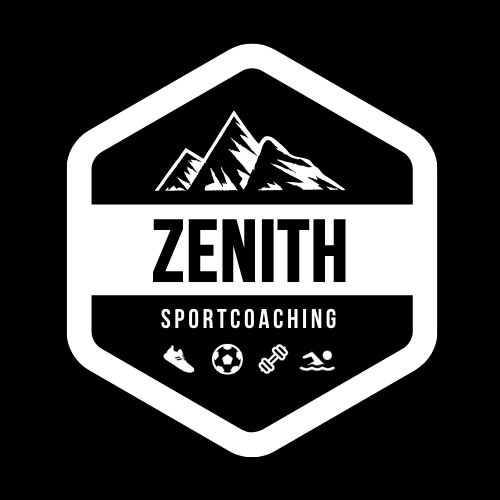